Rocks, Part 1: The Curious Case of the Ardians and Kemrac 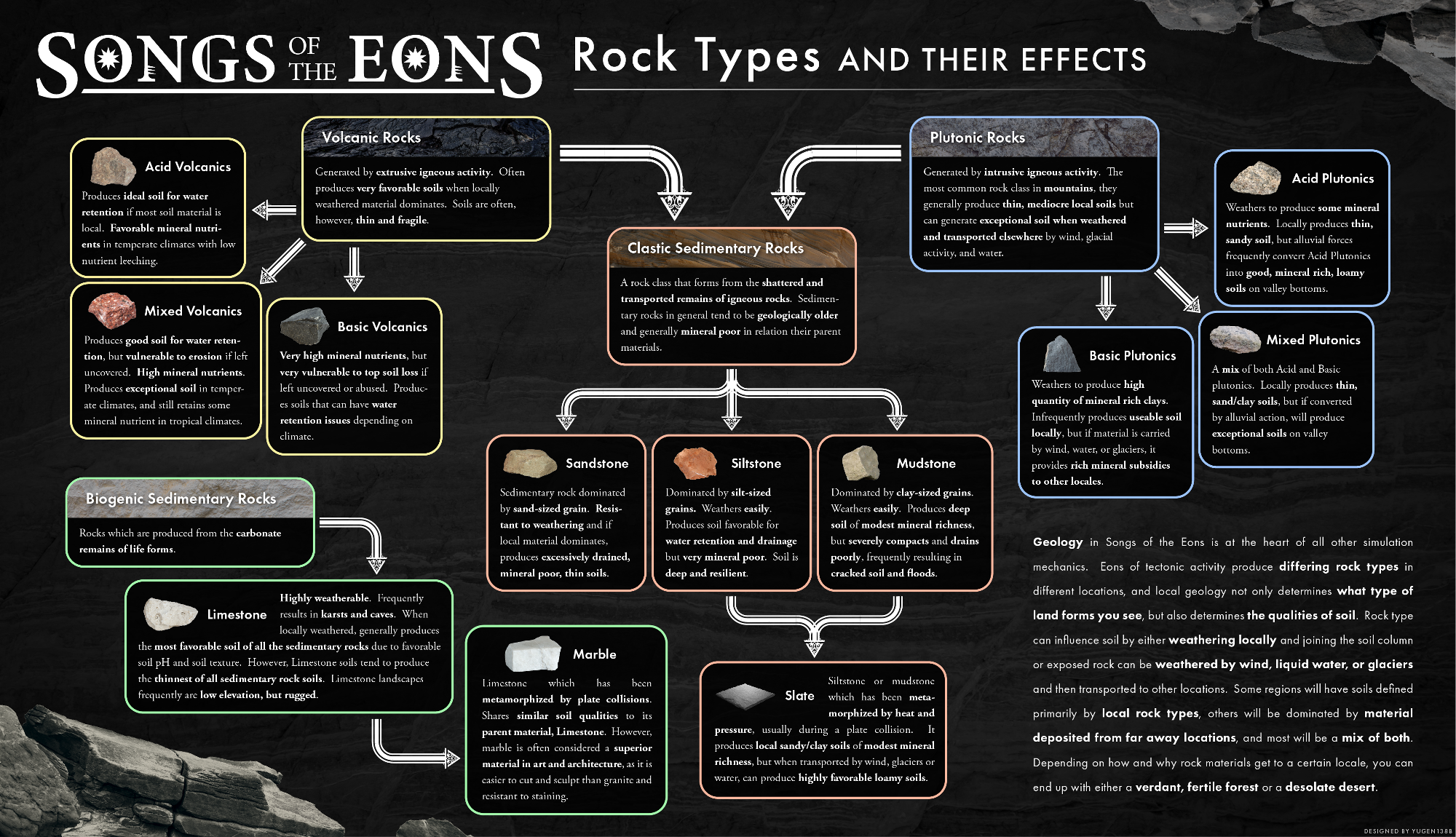 There was no doubt in the minds of Ardian philosophers: the “Goat Goblins” of Kemrac were not only an inferior culture, the Kemrac were of a different race from the Ardians entirely.  Yes, were you to strip an Ardian and Kemrac naked and stand them side by side, your eyes might deceive you into believing that they were both Goblinkind.  However--- the philosophers insisted--- if you were to widen your gaze and compare instead the achievements of both peoples, you’d see there was some essential quintessence of the Ardian mind that the Kemrac lacked.  The Ardians dug sophisticated irrigation canals and plowed vast fields of verdent grain; the Kemrac herded stinking goats that grazed in the arid scrub.  The Ardians built magnificent temples, granaries, and city walls; the greatest “monuments” of the Kemrac were tents that they hauled upon their backs and mounds made of dusty earth.  What else could explain this disparity in achievement other than Ardian racial superiority?

Of course, the Ardians were sorely mistaken in their prejudice, and had long since--- and perhaps intentionally--- forgotten their Kemrac ancestory.

There was a certain irony to Ardian arrogance.  The very thing that made possible their scholarship and “civilization” was the very thing for which they held in such contempt that they had but one word to describe: rock.  In the end, they would fail to understand that it was the unique characteristics of the rocks that they lived atop that afforded them their settled life of abundance while the Kemrac eeked out a living in the sandy, dry scrub… and also why they would soon be sharing the lifestyle of their cousins for whom they once had such contempt for.

The two goblin societies both lived on the same latitude and were but a few weeks walk from one another.  Rainfall patterns experienced by both were similar, and yet they lived in very different environments.

The Kemrac, to the East, lived atop vast tracks of sandstone bedrock, far from the historic influence of silt producing glaciers or rolling sand dunes.  As a result, the soils of the “Kemrac Scrub” were dominated by local weathering of their sandstone bedrock, producing soils of mainly sand grain texture.  Thus, when it rained, plant life could scarcely capture the moisture before it drained beneath the root column.  The result was a dense but scrubby xeric desert environment that could not easily support settled agriculture without significant investment in irrigation.  The Kemrac were reduced to the simple, yet resilient, lifestyle of goat herding amid the scrub or primitive subsistence agriculture along humble streams.

The Ardians, however, were the beneficiaries of a very different bedrock type.  Through the sandstone of the surrounding region, a minor hotspot carved a path of volcanic, mixed silicate and basaltic bedrock.  It’s amid these volcanoes that the Ardians founded their civilization.  Converse to the weathered sandstone soil of the East, material weathered from the volcanic bedrock produced silt and clay grained texture and an abundance of mineral richness.  Eruptions in the recent past further added mineral rich silt in the form of ash.  Even though rainfall on Ardian and Kemrac lands were nearly the same, the silty loam soil profile of the Ardians functionally multiplied the value of their rainfall by 3, resulting in a green, verdant landscape of well hydrated trees and grasses.  The mineral richness of the volcanic soils also proved favorable for broad leafed, temperate forests, which dropped their leaves each fall and produced organic rich topsoil.

When the Ardians first arrived, the undisturbed, virgin soils of the volcanic slopes produced spectacular agricultural yields.  Ardian population skyrocketed as an abundance and diversity of food reduced both childhood mortality and increased fertility.  When an intrepid farmer returned from human lands with a new invention--- the plow--- Ardian agricultural surpluses launched their society into an urban golden age.  At about the time Ardian philosophers were musing about the racial superiority of their people, however, the very rock that had fueled their growth was also becoming the fuel for a cataclysmic explosion that would end their urban society and leave them in a greater state of deprivation than their Kemrac ancestors.  But that is a story for another time…

In Songs of the Eons, there are numerous categories of bedrock that can lie beneath the surface, with different rock types dominating in different areas depending on that locale’s rich geologic history.  How these rocks are arranged relative to one another can have tremendous effects in shaping the cultures and geopolitics of the world ( which we will explore in the upcoming development diaries on this subject.)

We will return to Ardia’s rapid collapse in the development diaries to come, and we will examine the knowledge of rocks that very well may have saved them.