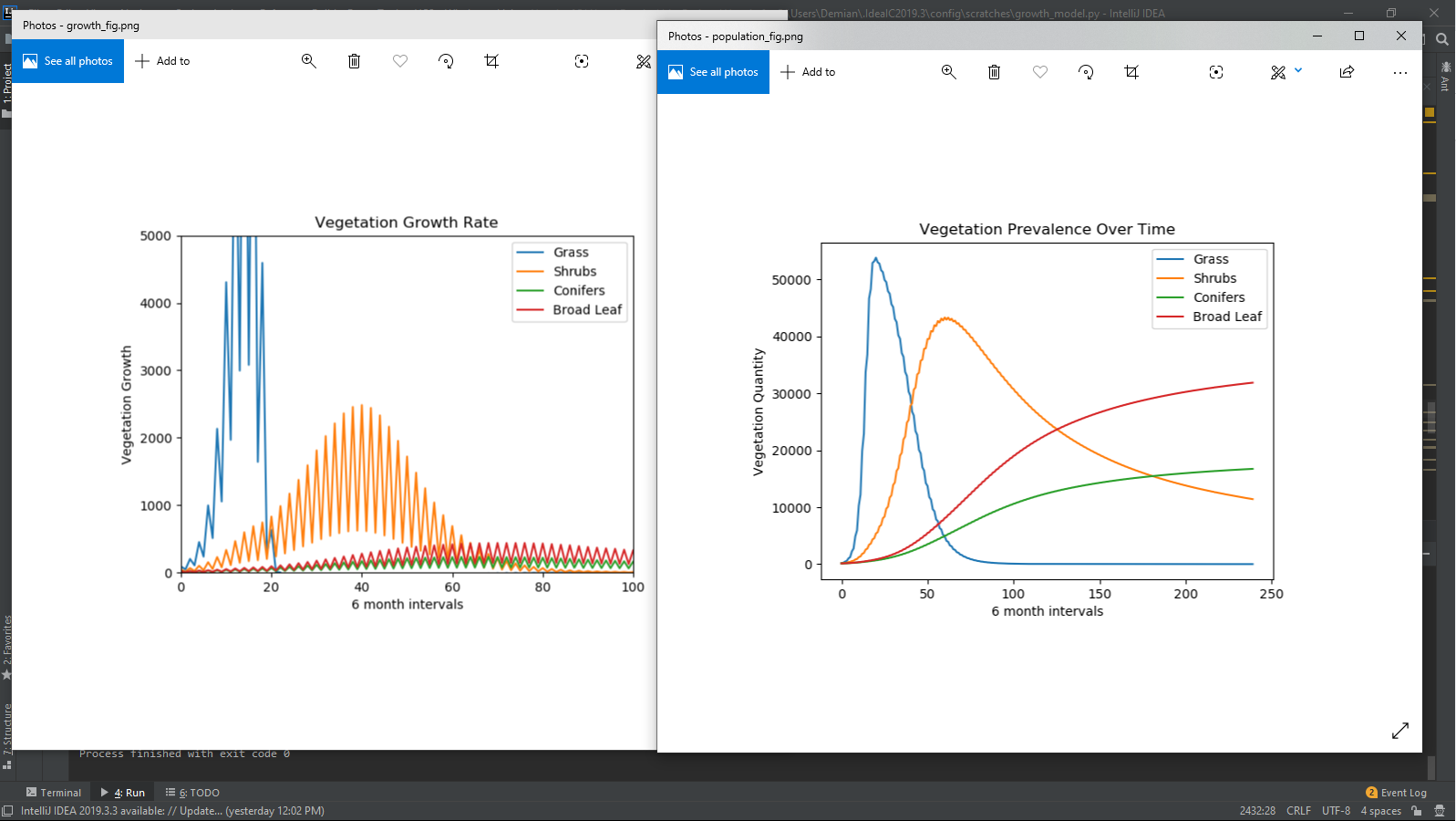 For some more context: the two graphs you see above is of a tile in the temperate climate zone with stable annual rainfall, decent soil fertility and favorable soil permeability, and abundant sunlight during the most favorable growing season.

The assumption here with primary succession is that some dramatic event wiped out nearly all plant life in the tile, leaving nothing but mostly bare ground. You can see that initially fast growing grasses do best early on and quickly to dominate the tile (you might consider our grasses in this case to be Vermen or Goblins ;-) ). However, after a few years, slower growing but more competitive shrubs begin to displace the the grasses. As time continues to progress however, coniferous trees and broad leaf trees--- more competitive than even shrubs, begin to further displace grass as well as shrubs. Because broad leaf trees are most competitive in resource abundant conditions, you can see that they grow faster than conifers. By the end of the 120 year period, we end up with a mixed deciduous broad leaf and coniferous forest with some residual shrubs. Note that on the growth rate graph on the left, temperate forests have a very pronounced summer grow season. In this particular case, this is mainly the result of more light for photosynthesis + warmer summer temperature which warms the soil and raises soil fertility but also raises the temperature of photosynthetic enzymes.

HOWEVER, there is one big missing ingredient here: disturbances and secondary succession. In a real ecosystem, we would see either seasonal (in the case of Mediterranean and monsoon climates) or sporadic (in the case of wild fires or cold snaps) disturbances which would disrupt the progression toward late succession forest. For instance, a fire might rage through the forest during a dry spell, kill off a large number of trees, and make room for grass to then take advantage of the new empty space. So as we build out out model, you should see a lot more ups and downs in our graphs as disturbances "reset" the ecosystem toward an earlier period of succession.

What's more, each tile will be unique depending on local conditions. We'll keep you informed as we work on our models!